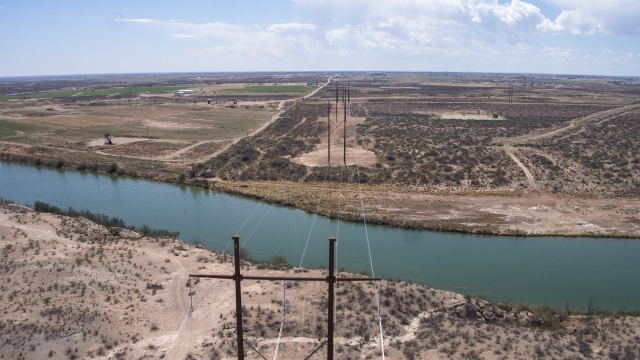 Xcel Energy has energized the first segment of a vitally important new high-voltage transmission link between Texas and New Mexico that will deliver a more reliable, abundant and economical electricity supply to customers in both states.

A new 86-mile, 345-kilovolt transmission line between Hobbs, N.M., and the new China Draw Substation southeast of Carlsbad, N.M., is the first of several segments of a $400 million transmission improvement project that will connect to the TUCO Substation north of Lubbock, Texas, by mid-2020. More than 250 workers were involved in building this $140 million line segment and related substation improvements.

“The Hobbs-China Draw line opens up a critical pathway for additional power to sustain industrial growth and job creation in southeastern New Mexico,” said David Hudson, president, Xcel Energy – New Mexico, Texas. “Additionally, it will vastly improve the efficiency and reliability of our network, which over time will reduce costs to our customers.”

The new line is serving a portion of one of the world’s most prolific oil- and gas-producing regions – the Permian Basin – which covers large areas of West Texas and the southeastern counties of New Mexico served by Xcel Energy. In January, the U.S. Energy Information Agency reported that New Mexico monthly oil production exceeded 16.3 million barrels. New Mexico surpassed Oklahoma and California last year to become the third-largest oil producer in the U.S., according to the New Mexico Oil and Gas Association.

The New Mexico territory is also a region primed for agricultural, mining and renewable energy growth. All these economic drivers are pushing up electricity demand, and Xcel Energy is seeing hundreds of megawatts of new load requests from this area.

The Hobbs-China Draw line is a major component of Xcel Energy’s “Power for the Plains” initiative to boost the capacity and reliability of its New Mexico and Texas electric delivery systems. Xcel Energy has invested in more than 800 miles of new transmission lines and more than 30 new substations across this area since 2011, along with upgrades to another 40 existing substations. This and future improvements through 2021 represent more than $3 billion in investment. Learn more about current and upcoming projects at www.powerfortheplains.com.