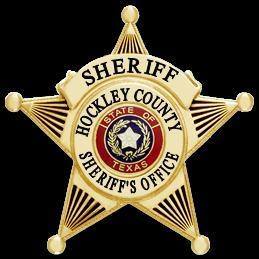 -FM 597 at FM 1490: Loose Livestock. A deputy was dispatched to the area about possible loose livestock. Nothing was located during the search.

-West Avenue at 13th St, Levelland: Traffic Complaint. A deputy was dispatched to the area in reference to multiple vehicles racing. The area was searched and the vehicles were gone prior to the deputy’s arrival.

-100 blk Alaska Rd, Levelland: Suspicious Activity. A resident requested a deputy check the area for a suspicious male on Alaska Rd. The deputy searched the area and did not locate the individual.

-100 blk Crestview: Domestic Disturbance. Deputies were dispatched to a residence in reference to a disturbance. It was determined that an assault had occurred, and a female residence was placed under arrest for Assault Family Violence and transported to the jail without incident.

-100 blk Mandy Circle, Opdyke West: Civil Complaint. A caller requested to meet with a deputy regarding a civil issue between neighbors. Remedies were advised.

-100 blk Mandy Circle, Opdyke West: Missing Persons. An individual requested a deputy assist in locating his three daughters who had left the house without her knowing. The girls were located and the deputy spoke with them about the dangers of leaving the house without permission.

-100 blk Mandy Circle, Opdyke West: Animal Complaint. A deputy was contacted regarding an animal complaint. The owner was located and advised to come and pick up her dogs.

-Hwy 385 from Levelland the Terry Co Line: Funeral Escort. A deputy assisted with escorting a funeral procession to Terry County.

-400 blk Evening Tower Rd: Suspicious Activity. A caller advised of a suspicious person at the business. Details were forwarded to a deputy to watch for the individual. All deputies were notified of the information.

-1600 blk Avenue X: Juvenile Issue. A caller requested to speak with a deputy regarding an issue involving a juvenile that resides in another area of the county. Remedies were advised and the other agency was aware of the issue. No offenses were reported at this time.

-Hwy 114 at FM 168, Smyer: Check Welfare. A deputy stopped to check on a motorist in the area. He advised he ran out of gas and someone was on the way to bring him fuel.

-3400 blk Hwy 385: Alarm. A deputy was dispatched to a residence for an alarm activation. It was determined the alarm was set off accidentally.

-200 blk West Adams, Levelland: Agency Assist. A deputy was dispatched to assist Levelland PD with a welfare check at a residence in the area.

-Hwy 114 at Hwy 385, Levelland: Traffic Complaint. A deputy made contact with a driver regarding a reckless driving complaint.

-Main St at FM 597, Anton: Traffic Complaint. A deputy was dispatched to the area of Main Street in reference to motorcycles driving in the alley. The area was searched and the motorcycles were not located.

-FM 168 at East Ellis, Smyer: Illegal Hunting. A deputy was dispatched to the area regarding shots being fired from a roadway. The deputy located the individual and a Texas Game Warden arrived and assumed the call for service.

-900 blk 2nd St, Smyer: Traffic Complaint. A deputy was dispatched to the area in reference to a possible intoxicated driver. The area was searched and the vehicle was not located.

Sheriff Scifres also reported their are currently 48 inmates in the Hockley County Jail with 35 being housed out of county.