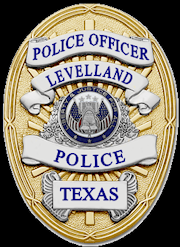 Levelland Police responded to a report of a break in at the field house at Lobo Stadium early Wednesday morning.

The break in according to police reports was discovered early Wednesday morning.  It occurred sometime between 6pm Tuesday night and 6am Wednesday morning.  According to the report the cross country coach discovered the damage around 6am when they arrived for workouts.  Someone reportedly broke in to the interior door coming from the field to the field house.  A small window on that door was broke out to gain entry.  It was noted that the field is secured after hours.  The district technology director advised the officer taking the report that security cameras which were installed at the facility when it was complete is not in operation as of yet.

According to the police report several pieces of football equipment and training equipment were stolen. Damages including the stolen items totaled over $2400 according to updated information released by the district late Thursday after more items were discovered as missing..

No arrests have been made in the case.  Anyone with any information is urged to call detectives with the Levelland Police Department at 894-6164.